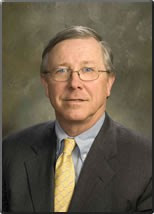 Team CasablancaPA is trying to settle a bet. Which makes less sense?

a) That Attorney General/Gubernatorial Candidate Tom Corbett conducted a two-year investigation of alleged illegal campaigning by House Democrats and never once questioned the guy who was in charge of House Democratic campaigns, or

b) That former finance and operations chairman of the House Democratic Campaign Committee Steve Stetler received a subpoena to testify to the grand jury and simply ignored it with no consequences.

According to Brad Bumsted's column in today's Tribune Review, Revenue Secretary Stetler received a subpoena to appear before a grand jury on June 21. He told reporters at a Nov. 12 news conference that agents of the Attorney General's office had never questioned him. He also said he'd never witnessed any alleged criminal activity.

Again: the guy who was in charge of the House Democratic Campaign Committee during the entire time Corbett claims illegal campaigning occurred never witnessed any alleged criminal activity.

And, Corbett never even asked him about any of it.

Bumsted claims to have "numerous examples of e-mails back and forth between House Democrat staffers and Stetler on political activity." But Bumsted doesn't describe what's in the emails.

Bumsted writes that a spokesman for the Governor's Office said the Attorney General's agents told Stetler's attorney they'd "get back to him if they needed Stetler." Since when do witnesses get to respond to a subpoena only if they feel like it? Why was Stetler subpoenaed if he wasn't "needed?" What the heck is going on?

We suspect we haven't heard the last of the mysterious tale of Stetler's subpoena.
Posted by Signor Ferrari at 6:19 PM 6 comments: