IT'S TRUE...THERE WAS CAMPAIGNING IN THE CAPITOL 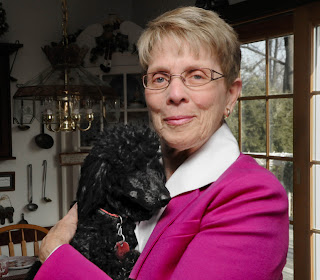 As the deck chairs continue to be re-arranged on Governor Tom Corbett's sinking ship of state, we were interested to see that Corbett  named former GOP Representative Katie True as his new Secretary of Legislative Affairs. (AP 8/13/13)

Perhaps as True makes her way around the Capitol re-acquainting herself with staff and old colleagues, at least one person - member or staff - in the Democratic caucuses will get a chance to ask her why they were subpoenaed, dragged before a grand jury and perhaps even threatened with arrest by then Attorney General Tom Corbett for doing campaign work on state time in the Capitol building, while she was left alone.

Campaign finance reports filed by True herself show that she was well aware and a willing participant in illegal campaign activity in the Capitol, but did nothing to stop it.  In fact, she repeatedly sent checks to the House Republican Campaign Committee in "Suite B 6 Main Capitol. You can see the reports for yourself here, here, and here.

And, the same type of activity was going on in the Senate Republican Caucus with Senate President Joe Scarnati's complete knowledge...otherwise why would he direct a $5000 contribution to the Senate Republican Campaign Committee in the "Main Capitol Building?" You can see it in black and white right here.  Take a closer look at just this one page of Scarnati's campaign report and you will also see that he sent a reimbursement check for campaign work to Casey Long at a State Capitol mailbox, and sent money for tickets to a fundraiser for House Speaker Sam Smith to Smith's district office at 527 E Mahoning Street in Punxsutawney.

These are just two examples of members of the legislature using Capitol offices and staff for campaign work, but left untouched by Corbett.  Check some of the others out for yourself here.

Everyone knows the Pennsylvania state legislature is incredibly unpopular.  As Corbett begins his campaign for re-election, you can be sure he'll want to tout his prosecution of members of the body while he was Attorney General.  Maybe folks in Harrisburg will ask why he did so in such a selective fashion?
Posted by Ugarte at 1:01 PM 21 comments: As Kevin Harley's many years of taxpayer-funded political work come to an end (at least for now), we at CasablancaPA look back at his most outrageous, pants-on-fire public lies of the last decade and a half:

4. As for Morganelli's call for a special prosecutor, Harley said state law does not allow it, and "it's obvious John Morganelli doesn't understand the law." July 22, 2008

2. “This [722 calls between phones registered to Corbett's campaign and the phones in his taxpayer-funded state offices on state time]  has nothing to do with using government resources for campaign purposes. It’s the exact opposite of that.”  February 5, 2010

And the Number One biggest lie of Kevin Harley's career:

WHY CORBETT'S HELICOPTER USE MATTERS

There is some debate over whether or not Governor Tom Corbett's use of a state helicopter to go hang out with friends in an "official" capacity at Pocono Raceway should be regarded as a big deal (Inquirer 8/8/13).

Because Tom Corbett arrested Mike Veon for hanging out with other legislators in his office over dinner after a regular basketball game.  (Trib 12/14/08).  Keep in mind that Corbett brought these charges, used valuable investigative resources to prove them, then pushed hard to convict Veon all while he allowed Jerry Sandusky, a now convicted child molester, to walk the streets freely.

A jury eventually found Veon not guilty on all these counts related to the "basketball dinners" after finding star prosecution witness, Karen Steiner Blanar, completely lacking credibility.  Besides the fact that despite Corbett's best efforts, eating dinner paid for and accurately reported on financial accounting forms...after a basketball game with other legislators...in State Capitol offices...discussing legislative business....is not illegal.  And, for the sake of argument, if it was against the law, then Corbett failed to arrest a tremendous number of other legislators for doing the exact same thing.  In fact, following the charges being filed, the House Comptroller released a memo that clearly stated members are not breaking the law by using their contingency accounts in the Capitol in the exact same manner as Veon.  You can read that memo here.

So, it matters.  Corbett made arrests, wasted valuable resources trying to prove the charges even though he knew before the rest of us what could be lurking (quite literally) around unexamined in the guise of Sandusky.

Corbett has always wanted it both ways as a prosecutor and a politician.  Giving him any more of a free pass needs to end.
Posted by Ugarte at 4:24 PM 7 comments: