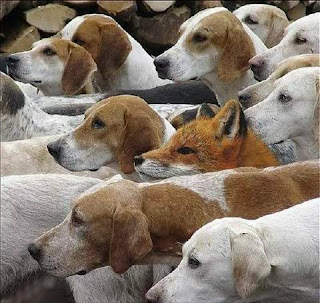 It will come as no surprise that we at CasablancaPA take great delight whenever Gubernatorial Candidate Tom Corbett's frequent boneheaded moves create a minor media stir.

As you can imagine, his mind-boggling declaration that Pennsylvanians would rather collect unemployment than work was music to our ears. Pleasantly, his gaffe was reported by all the major news outlets in the state, including the Inquirer, the Post-Gazette, the Morning Call, the Patriot-News, WDUQ, and of course the outlet that broke the story, WITF.

Similarly, Corbett's failed attempt to use a grand jury subpoena to expose a couple of anonymous online critics tickled us pink. Even better, that gaffe was picked up by major national media outlets, including The New York Times, USA Today, Wired magazine, Politico, Talking Points Memo and TechCrunch.

What makes us weep into our whiskey down at the Blue Parrot are all of Corbett's boneheaded moves that gather little or no media attention. For example, not a single news outlet pointed out that Corbett's refusal to recuse himself from investigating political supporters (Or this one. Or this one.) directly contradicted his howls of indignation four years earlier over his opponent's much less significant lapse.

The secret meeting between investigation target John Perzel and Corbet and his campaign manager, and the Corbett fund-raiser hosted by target Brian Preski was reported in precisely one newspaper.

The Daily News was also the sole outlet to report on Corbett's appalling use of state agents to intimidate a legislator who criticized him.

And only one newspaper and one television station have reported on the hundreds of phone calls Corbett's state-paid staff exchanged on their state phones during state time with Corbett's campaign workers. (Neither managed to get even a well-crafted lie out of Corbett in his own defense).

Even though both the Patriot-News and Tribune-Review reported that House Republican computers were replaced mid-investigation with Corbett's knowledge and permission, neither they nor any other news outlet seemed to recall that salient fact when Corbett nearly blew a gasket over all that missing evidence. Nor did anyone seem to remember John Morganelli's all-too-true prediction, which earned him only the threat of a lawsuit from the now-curiously-quiet Sam Smith.

While the mountain of evidence linking Bill DeWeese to Bonusgate is well-documented, guess how many outlets have questioned why (or even noticed that) DeWeese escaped indictment in the case? That's right: Zip. Zero. Nada.

Corbett's comments about the unemployed reveal that he's ignorant. And his Twitter subpoena reveals that he's a thin-skinned bully. But his lesser-noticed blunders reveal something far more dangerous than an ignorant, thin-skinned bully.
Posted by Signor Ferrari at 8:22 PM 81 comments: