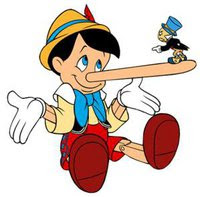 Jon Delano: "You're pledging no tax increases of any type? Fees, taxes, state income tax, the sales tax - can you be precise as to what you - "

Corbett: "The pledge as it's written - and I don't have it written here - is no tax increases during the course of the next term. That's exactly what it says. That's what we're gonna aim for. No tax increases whatsoever."

CAMPAIGNING IN THE CAPITOL? YOU'RE KIDDING! 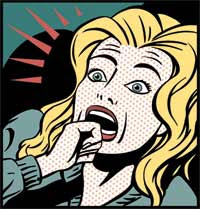 Apparently having slept through the last three years, the Morning Call's John Micek is suddenly clutching his pearls over the delivery of a Dave Argall for Congress fund raising letter to Frank Dermody's CAPITOL OFFICES! (Yes, in all caps, lest you overlook what a BIG DEAL is is).

Puh-leez. House Republicans openly have been using the Capitol as a campaign office at least as far back as 2004. Why wouldn't Argall assume everyone else does, too?

Hilariously, when we confronted Rep. Denlinger about the issue, he claimed listing the Capitol address was a mistake by his campaign treasurer. He immediately clammed up when we observed that so many House Republican campaign treasurers seemed to make the same mistake, repeatedly. (Apparently, confronting legislators about apparent transgressions isn't standard operating procedure for the Capitol Stenographers Corps: Micek only "briefly toyed with the idea of calling Argall's office for comment.")

Funny how Gubernatorial Candidate Tom Corbett missed all this in his three-year investigation of the legislature. Then again, you can't find what you're not looking for. He was looking for headlines, and he got 'em, so why bother antagonizing legislators any more than he had to do?

Harder to understand is why Argall's 44-cent mailing suddenly generates attention, when his $10,000 "double dipping" through his Republican Whip contingency account is completely ignored. Corbett charged Mike Veon with five felonies for exactly the same practice.

Perhaps we should strike a job-sharing deal with the Capitol Stenographers Corps? You provide the snarky commentary; we'll provide the factual reporting. Deal?
Posted by Signor Ferrari at 1:50 PM 6 comments:

WHERE ARE ONORATO'S "SWIFT BOAT" ADS? 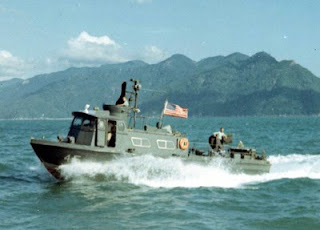 In a stroke of tactical genius, the Republicans in 2004 kept John Kerry out of the White House using campaign judo that turned a Kerry strength into a controversial liability. We're referring, of course, to the infamous "Swift Boat Veterans for Truth" ads that called into question Kerry's Vientam War combat record.

Kerry's war record should have been an unassailable positive for the Democratic nominee, yet the Republican establishment funded a series of ads that recounted a different - and false - narrative of Kerry's service that muddied the waters just enough to cost Kerry in closely-fought states like Ohio.

Make no mistake: "Bonusgate" is one of the top two campaign issues for Corbett - otherwise he would not have emphasized it over jobs in his very first campaign ad. Polling on the issue was overwhelming enough that he blatantly broke a campaign promise never to mention it.

Given all the well-documented ammunition Onorato has to attack Corbett, it's a mystery why he hasn't.

Imagine, if you will, a Democratic Attorney General running for Governor. Imagine that his campaign centerpiece were a "corruption" investigation.

Imagine that he concluded a two-year reign of investigative intimidation by arresting Republican Senators Robert Jubelirer and David Brigthbill, along with "campaign guru" Mike Long, while leaving Mike Veon, Bill DeWeese and Mike Manzo off the hook.

Imagine that in the immediate wake of these arrests, Democratic campaign operatives used the scandal to unseat five incumbent Republican legislators.

Imagine that the Democratic Attorney General only began even to create the impression of investigating Democrats after prominent editorials accused him of partisanship.

Imagine that former Rep. Matt Wright had been arrested (only after the a newspaper revealed that Democratic A.G. had ignored the evidence against him, of course) while former Rep. Steven Stetler remained unindicted.

Imagine that a whistleblower had approached the Democratic Attorney General to report Democratic malfeasance, but was turned away, leaving a Republican District attorney to make the stunning arrest of a Democratic lawmaker.

Imagine that Republican Rep. Mauree Gingrich had been indicted for forging her nominating petitions, while Democratic Rep. Linda Bebko-Jones got off scot-free.

Imagine that overwhelming evidence of malfeasance against a Democratic legislative leader had been thoroughly documented by the media, yet that leader remained unidicted on that particular malfeasance (oh, wait; that already happened).

Imagine that the Democratic Attorney General had sent law enforcement agents to intimidate a Republican legislator who dared to criticize him publicly.

Finally, imagine that evidence revealed that this Democratic Attorney General and his taxpayer-funded staff were had used state resources for political purposes, all while prosecuting others for the same type of behavior.

Oh, and imagine that a major supporter and chair of the Democratic Attorney General's exploratory committee were a convicted felon.

You can bet that the Republican establishment in Pennsylvania would be peeing its collective pants in its rush to attack. You wouldn't see a campaign ad without the words "partisan hypocrite" delivered in a tone of voice reserved for biblical disasters. And convicted felon Bob Asher's millions would be bankrolling the effort.

In fact, we're sure that's why Corbett was so hell-bent on unmasking the merry pranksters here at CasablancaPA. He and his campaign staff surely saw the politically-damaging potential of the boneheadedness, hypocrisy and underhandedness we so happily document here.
Posted by Signor Ferrari at 2:56 PM 11 comments:

Kelly said he approached Corbett at the Republican State Committee meeting in June and complained about the fraudulent petition challenges that city Republican leaders had filed in March.

"I said, 'Mr. Corbett, I have some grave concerns about these guys. They're criminals.' He looked me right in the eye and said, 'I'm looking forward, not backward.' " (Philadelphia Daily News, 8/11/10)

That's a far cry from "Follow the evidence wherever it leads." Then again, there were no reporters around when Gubernatorial Candidate Tom Corbett said he's not interested in "looking backward" at any crimes that may have been committed by his political allies in the Philadelphia Republican Party.

It's not like this case is an unsolvable whodunit: in an effort to keep candidates for state committee off the ballot, party leaders challenged their petitions. At least 30 people whose signatures appeared on the challenge documents said they never signed, and one of the signatures was that of a dead woman.

But when a concerned citizen tried to report the crime to Corbett, he couldn't have been less interested.

Is forging signatures a crime? Corbett thought so when he charged Democratic Rep. Linda Bebko Jones and a staffer for forging signatures on her nominating petitions. Did he "look backward" to do it? He charged her in 2008 for alleged crimes committed two years earlier. Kevin Kelly was trying to report something that happened three months earlier.

Is it only a crime when Democrats do it? Corbett's opened an investigation into alleged forgery of nominating petitions of an independent candidate for Congress whose candidacy poses a threat to the Republican Corbett's supporting, Pat Meehan.

Is it a crime when Republicans do it? Apparently not.

Corbett had no trouble "looking backward" when it came to a highly publicized investigation of House Democrats that not only raised his public profile just as he was preparing to run for Governor, but also gave his Republican allies in the House enough fodder to knock off five Democratic incumbents in their effort to regain the majority.

Of course, Kevin Kelly should have known better than to expect Corbett to launch an investigation of his political allies just because someone tries to report suspected wrongdoing. By then everyone had heard the story of how Corbett's office blew off intern Jennifer Knapp Rioja when she tried to report the taxpayer-funded campaign operation Sen. Jane Orie allegedly ran out of her district office. It's still not clear even now whether Corbett has settled on either of his lame, contradictory excuses: either there's no record the intern ever called (oh, wait; there is.) Or, Corbett routinely allows his receptionist to decide which cases his office will investigate.

Corbett's tendency to overlook accusations of wrongdoing against his political allies is well established. Apparently he's so comfortable with this reputation he's not even bothering to offer lame excuses anymore.
Posted by Signor Ferrari at 11:14 AM 19 comments:

John Burkoff, a professor at the University of Pittsburgh School of Law, said the prosecution typically needs a very good reason to put trials together, and usually it is only done when the same list of witnesses will be used against both defendants. (Pennsylvania Independent, 9/2/10)

Well, what do you know: not a single witness in common. (No doubt the Office of Attorney General staff - when they're not chatting it up with campaign staff - are now scrambling to identify a couple of witnesses who can testify in both cases; we shall know them by their weak testimony.)

Gubernatorial Candidate Tom Corbett hopes that by joining the two cases, he can keep the public confused about who's charged with what, and no one will start to wonder why DeWeese isn't charged for his involvement in awarding taxpayer-funded bonuses for campaign work, using a state contractor for campaign work, and directing caucus staff to perform campaign work for candidates other than himself.
Posted by Signor Ferrari at 9:35 AM 8 comments: 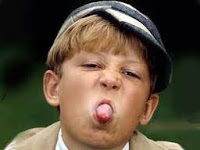 Brabender yesterday said that the commercial does not specifically mention the word Bonusgate and refers instead to Corbett's overall record on fighting corruption.

"When we're talking about corruption we're basically talking about the sheer magnitude of it," said Brabender, adding that the campaign will not mention Bonusgate or use any images from related press conferences or court hearings in that investigation. (Philadelphia Daily News, 9/1/10)

Okay, Team Corbett; if you're not talking about onusgate-bay (wink, wink), what public corruption are you claiming to have fought? (And tsk, tsk, Chris Brennan, for not asking)

What public officials have you indicted outside of onusgate-bay?? (And don't try to claim credit for Jeff Habay; Jerry Pappert indicted him before you even took office. You prosecuted the case and failed to convict on half of it.)

Did you indict York County D.A. Stan Rebert, accused of abusing his office for personal and political gain? You did not.

Did you indict Bedford County D.A. Bill Higgins, accused of raping an intoxicated woman in his office? You did not.

Did you indict McKean County Commissioner candidate Al Pingie, accused of campaign finance reporting irregularities? You did not.

Did you indict state Rep. Mauree Gingrich, accused of forging signatures on her ballot petitions? You did not.

Did you indict Crawford County Treasurer Fred Wagner, accused of using his office to campaign? You did not.

Did you indict former state Rep. Eugene McGill, accused of personally profiting from a non-profit he founded that received state funds? You did not.

Even within the Bonusgate milieu, did you indict State Senator Jane Orie, accused of using taxpayer resources to campaign - even after her intern tried to give you the goods on her? You did not.

Did you indict Bill DeWeese in connection with bonuses, "LCOMM" or directing caucus staff to work on campaigns other than his own? You did not.

Of course, the real problem is not that you failed to indict them, but that you didn't recuse yourself from the investigations (when you bothered to "investigate"). You know, like you howled your primary opponent Bruce Castor should have done.

Are we reduced to treating campaign promises like a game of "Simon Says?"
Posted by Signor Ferrari at 9:45 AM 19 comments: