SPARE US THE OUTRAGE 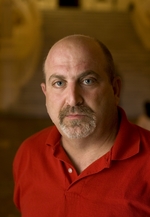 Professional fame-whore Eric Epstein last night shared with ABC 27 his mock outrage that a Senate staffer who testified against his former boss in the PA Turnpike "pay-to-play" scandal still has a job.

Sometimes, people who come clean on wrongdoing within their organizations are called "whistleblowers," and there are laws to protect their jobs. But in Harrisburg, it seems we reserve the sympathetic term for staff who testify against Republican lawmakers.

Not that there appear to be any in the PA Turnpike "pay-to-play" case.

Where is Epstein's outrage over the fact that Republican staffers - who did exactly what the Democratic staffer did, let's not kid ourselves - still have their jobs? Even more importantly, where is his outrage over the fact that Republican senators who accepted bribes and the contractors who bribed them have not even been inconvenienced, much less charged or publicly humiliated?

Staffers have borne the brunt of Tom Corbett's obsession with the legislature. Of the 25 people charged in the investigation that began with "Bonusgate," 20 were staffers or former staffers when they were charged. Judging by the grand jury presentments, only staff were forced to testify to the grand juries, and  save for Sam Smith, no sitting legislators were forced to testify at trial - despite  evidence of legislators' complicity.

Charging - and subpoenaing - staff instead of legislators allowed Corbett to tell a tale full of sound and fury, with minimum disruption to the legislators whose cooperation he would need to advance his agenda as governor.  He quite pointedly did not charge Speaker of the House Smith, whose signature was on the illegal contracts that sent Perzel to prison. And Bill DeWeese, whose approval was needed on all caucus expenditures, was conspicuously absent from the original "Bonusgate" indictment. Had public pressure not forced his hand, the only sitting legislator Corbett would have charged was an ultimately-acquitted, sophomore rank-and-filer - not so coincidentally also a candidate for a competitive Senate seat.

Corbett repeated this pattern in the "pay-to-play" investigation, charging the PA Turnpike personnel who facilitated the scheme, but - with the exception of former Senate Minority Leader Bob Mellow -  not the legislators or contractors who benefited from the scheme.

The best way to damage the Democratic caucuses enough to put or keep them in the minority, but retain enough goodwill from individual legislators to protect his agenda? Focus on easily-expendible, non-voting staff.
Posted by Signor Ferrari at 12:58 PM 16 comments:

MARKETING TO THE GOP 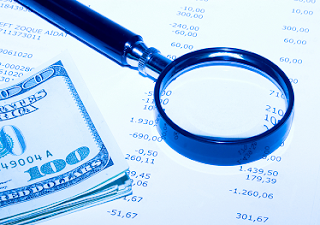 "Officially, the Pennsylvania Turnpike Commission had up-front ways of deciding which companies deserved turnpike contracts, but major contractors figured out the back-door method for persuading turnpike officials of their worthiness.  Once they figured campaign contributions to the right people unlocked the commission treasury, contractors turned the contributions into a cost of doing business. 'We look at it as basically it is a marketing expense in a way,' the unnamed president of Traffic Planning & Design Inc. told the grand jury. 'It still is something that we need to do in order to be able to pursue these type of projects and that is why I said it is marketing.'" [Times-Shamrock 3/15/13]

Borys Krawczeniuk of Northeast Pennsylvania's Times-Shamrock News group followed up on Attorney General Kathleen Kane's grand jury presentment of the pay-to-play culture at the PA Turnpike by looking more closely at the contractors mentioned in the presentment.  Krawczeniuk placed particular emphasis on turnpike contractors' belief that contributing to the right political committees was a cost of doing business.

The grand jury presentment focused on Traffic Planning and Design's contributions to the thinly disguised "Senator 6" -- easily unmasked as former State Senator Vince Fumo.  We took a step beyond the presentment and examined exactly how much Traffic Planning and Design gave to ALL Pennsylvania political committees.  What we found was quite interesting and should portend further arrests in the future.

The company's executives were generous to Democrats, with a total of $58,000 in contributions to Democratic candidates and committees at every level since January 2000, including all contributions to Fumo, former Governor Ed Rendell, and 2010 gubernatorial nominee Dan Onorato.

More startling is the amount of Traffic Planning and Design money that found its way to Republican County Committees in Southeast Pennsylvania: Suburban Philadelphia GOP county parties received more than $134,000 in contributions from the company's executives, including $96,000 to Chester County alone.

When it comes to the now-infamous "60/40" rule for awarding contracts at the Turnpike, Traffic Planning and Design clearly falls into the Republican side of the equation.  Why else would it make sure 2002 GOP gubernatorial nominee Mike Fisher got at least $13,500 and 2006 nominee Lynn Swann at least $18,000.  Executives at Traffic Planning and Design even gave Congressman Jim Gerlach's short-lived gubernatorial campaign $4,500.

While powerful individual GOP Senators like Bob Jubelier ($1,000), Joe Scarnati ($2,500), and Dominic Pileggi ($3,900) didn't receive quite nearly as much to their individual accounts, it's obvious the money sent to county committees (and Bob Asher) in the GOP's most challenging area of Pennsylvania was directed primarily to GOP State Senate campaigns.

All of these campaign contributions are outlined here.

Does anyone actually believe Senate GOP spokesmen (who received large taxpayer-funded bonuses) when they insist that Scarnati and Pileggi didn't know about the corrupt contracting arrangement at the Turnpike?

Before swallowing Crompton and Arneson's absurdity, read the very detailed 2005 reporting by the Tribune-Review's Brad Bumsted  on the chokehold both parties in the State Senate had over the Turnpike.  It's ridiculous to believe Jubelirer, Brightbill and their former staff leader, Mike Long, didn't pass along the tricks of the trade to Scarnati and Pileggi: 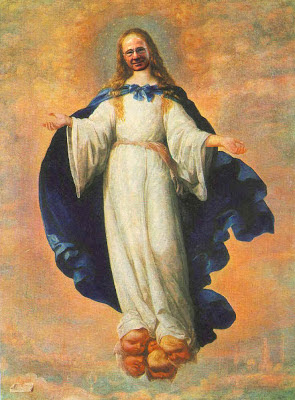 "So the presentment says Brimmeier and six others broke the law to benefit legislative leaders and governor, but the legislative leaders and governor are not charged. Kane said that was because there was no evidence that showed those folks knew what was happening on their behalf." -- Capitolwire Bureau Chief Pete DeCoursey, "Turnpike probe results in alleged 'Immaculate Corruption," Capitolwire 3/13/13 (subscription required)

Could someone please run over to the offices of the Senate Republican leadership and check to see if the doors are marked with the blood of a spring lamb?

Decoursey  wonders why only one legislative leader was charged in a corruption scandal in which witnesses plainly testified that contracts went to campaign donors for former Governor Ed Rendell, ex-Sen. Vincent J. Fumo,  ex-Senate Majority Leader Robert Jubelirer and others.

Attorney General Kathleen Kane and said no other elected officials were charged because investigators found no evidence of wrongdoing. We ask the same question we have asked before: did they look?

While the presentment is heavy on the testimony of Mellow's former Chief of Staff, there appears to be not a single reference to testimony from any Senate Republican staffers:


"A former Chief Operating Officer of the Turnpike explained, “the choice of who the - - which firms they are, as I said, typically, there was always a 60/40 rule, . . . that selection, depending on what year, and who the governor was, and who was on the State Senate, it would either come out of the Senate leadership or out of the Governor’s office.” In practice, the Senate provided direction to the Commission through their staff persons."

Assuming that 60% of the contracts went to Democratic donors during the Rendell Administration - though Republicans had and retain a majority in the Senate - why is there no testimony about how 40% of the contracts were awarded? Why is the Democratic Chief of Staff the only legislative employee named in the presentment? Did any other staff member testify?

Throughout Tom Corbett's politically-motivated investigation of illegal campaign work among the General Assembly, his failure to charge certain suspicious officials consistently was glossed over with the pseudo-excuse that the Grand Jury found no evidence of their culpability.

That's because no one brought it to them. Not a single Senate Republican staffer was subpoenaed to testify in that case.
In 2008, prosecutors at least made a (hilarious and clumsy) attempt to justify why no charges were filed against Bill DeWeese regarding the use of a state-paid contractor for purely political work, despite emails from DeWeese and his top aides Tom Andrews and Kevin Sidella blatantly directing the state-paid contractor to perform purely political work: DeWeese had used his campaign email account, and not his official House account, to misappropriate the taxpayers' money (we told you it was hilarious and clumsy).

Not even a token effort was made in the Turnpike investigation explain why no Senate Republicans were charged in a scheme which was directed in part by Senate Republicans and clearly benefited Senate Republicans.
Senior Deputy Attorney General Laurel Brandstetter - who began the investigation under then-AG Corbett just prior to the launch of his gubernatorial campaign - and who prosecuted the politically-motivated B.I.G. case against Mike Veon - appears to have given Corbett's friends and supporters a pass yet again.
As DeCoursey wrote:
"If you say, as this presentment does, that governors and senators created a climate of corruption at the Turnpike commission, how is it that Kane admitted to having no proof or insufficient proof to name any of them but Mellow?

I guess it is appropriate that on the day the new Pope was named we have the miracle of a presentment that outlines an entire culture of corruption where the middlemen are named and charged with crimes but the folks they were allegedly obeying while doing the crimes, are neither named nor charged.
Up until now, especially in Pennsylvania, I had never heard of Immaculate Corruption."
Posted by Signor Ferrari at 2:50 PM 6 comments: