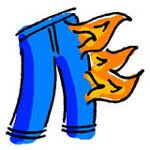 "I can tell you now that we will not be talking about Bonusgate -- ever -- in the governor's race." -- Corbett for Governor media strategist John Brabender (Post-Gazette 3/24/10)

"The politicians were just as skeptical when I promised to fight corruption in Pennsylvania. Boy, were they wrong." -- Tom Corbett (campaign ad, 8/31/10)
Posted by Signor Ferrari at 3:48 PM 2 comments:

"ANYBODY WHO VIOLATED THE LAW IS GOING TO GET IT"

Since Gubernatorial Candidate Tom Corbett seems to believe any legislator who uses taxpayer funds for campaign purposes is linked to the same criminal enterprise, we expect him to file a motion any day now to join the case of Matt Wright with those of Bill DeWeese and Steve Stetler.

Oh, wait, that's right: Wright isn't charged with any crime, despite the finding of the state Ethics Commission that he engaged in precisely the same behavior as DeWeese.

It says right there in the Ethics Commission ruling that: "Matthew Wright ('Wright') a public official in his capacity as the Representative for the 142nd District of the Commonwealth of Pennsylvania from January 1991 until December 2006, violated Section 1103(a) of the Public Official and Employee Ethics Act ("Ethics Act") 65 Pa. C.S. ss 1103(a) when he used staff, office space, equipment and materials of his legislative District Office and his Capitol Office to further his re-election campaigns."

Isn't the alleged use of legislative staff, office space, equipment and materials to further election campaigns why DeWeese, Stetler and others are awaiting trial or sentencing or serving prison time? Isn't using taxpayer resources for political purposes a violation of the law? And didn't Senior Deputy Attorney General Frank Fina tell the Patriot-News way back in July of 2008 (before the Ethics Committee ruling on Wright) "Anybody who violated the law is going to get it?"

Just for giggles, let's compare and contrast the Ethics Comission's ruling on Wright with the DeWeese grand jury presentment:

* Wright ruling: "From at least 2003 through 2006, office space, equipment, computer software and employees of both his District and Harrisburg Office were used in furtherance of Wright's re-election campaigns."
* DeWeese presentment: "Representative DeWeese's legislative staff and campaign staff were virtually one in the same [sic.]"

* Wright ruling: "Wright did not rent or lease an office facility to serve as campaign headquarters when running for re-election."
* DeWeese presentment: "DeWeese had no campaign apparatus beyond his legislative staff.

Well, you know what they say: "A foolish consistency is the hobgoblin of little minds, adored by little statesmen and philosophers and divines." Silly voters: you can't expect everyone to be treated equally under the law.
Posted by Signor Ferrari at 1:56 PM 8 comments: 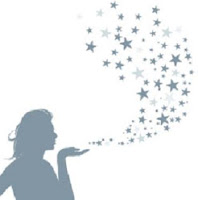 Bill DeWeese is accused of using taxpayer funds to employ a full-time political fund-raiser, Kevin Sidella, and directing his taxpayer-funded staff to work on his own campaigns.

The charges were recommended in separate grand jury presentments (DeWeese presentment, Stetler presentment). Neither is accused in participating in the alleged criminal activity of the other. Prosecutors do not allege that Stetler was involved in the employment of Sidella, or in directing DeWeese's staff to work on DeWeese's campaigns. Neither do they allege that DeWeese was involved in directing legislative staff to work on opposition research for other candidates, or in the employment of Erin Madison. They are not charged in the same "criminal episodes," to use Deputy AG Marc Constanzo's term.

Trying DeWeese and Stetler together makes as much legal sense as trying either one of them together with John Perzel, who also is accused of using taxpayer funds for political purposes.

One thing the Stetler and DeWeese cases do have in common is that both were charged only after Gubernatorial Candidate Tom Corbett was embarrassed by public revelations that he ignored evidence against them.

So why does Corbett want to join the two cases? Because he hopes that linking the cases will confuse voters into thinking DeWeese is charged in the caucus-wide activities at the center of "Bonusgate."

After Corbett's inaction on evidence against Stetler was revealed, the eventual charges were based on that same evidence.

Not so with DeWeese.

He is not charged with directing staff other than Sidella and his district office staff to do political work, despite e-mails showing he actively supervised caucus staff working on campaigns through the House Democratic Campaign Committee.

Corbett has never explained his failure to charge DeWeese in the caucus-wide activities, instead hoping that the charges related to Sidella and his district office employees would distract the public.

As we have noted before, in the fall of 2007, DeWeese was waging a furious legal battle over the admissibility of evidence seized and subpoenas ordering staff to testify to the grand jury.

Resolution of DeWeese's court challenges could have taken months - perhaps even years.

Suddenly, in November, DeWeese dropped his legal challenges, then made great fanfare of firing seven staffers and delivered to the Corbett campaign enough hand-picked evidence to indict those staffers.

Corbett won't say whether his failure to charge DeWeese in the scandal is related to DeWeese's decision to drop the legal challenges and turn over evidence implicating others.

And he's hoping no one will ask.
Posted by Signor Ferrari at 1:08 PM 3 comments: 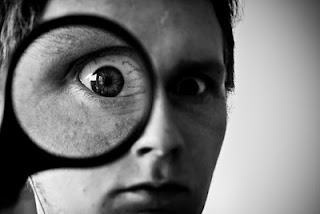 Harley said he could not explain why Corbett said in March that [the pledge] barred fees.
Associated Press, 8/25/10

Frederiksen told Capitol Ideas that he did not know who put the materials on the tables...
Capitol Ideas, 7/29/10

Kevin Harley, said later the owner of a plumbing company, whose name he did not know, told Corbett he had workers who did not want to return...
Inquirer, 7/10/10

Campaign spokesman Kevin Harley said he did not know the name of the candy company.
Patriot-News, 7/12/10

During his deposition Mr. Corbett indicated he could not recall or did not know the answers to more than 35 questions put to him...
Pennsylvania Independent, 4/16/10

Harley said that supervisors had sent the agents to Galloway's office and that he didn't know if Corbett had been involved in that decision.
Philadelphia Daily News, 4/9/10

As for why calls appear to be made from others in Corbett’s campaign staff to state phones, Harley said he didn’t know.
Patriot-News, 2/6/10

Corbett said the Perzel meeting and Preski fundraiser came at a time when "we didn't have all the facts in front of us ..."
Philadelphia Daily News, 11/17/09
Posted by Signor Ferrari at 10:29 AM 2 comments:

"[In Corbett’s] “taxpayer protection pledge, fees are not included in that, just taxes are.”

Jon Delano: "You're pledging no tax increases of any type? Fees, taxes, state income tax, the sales tax - can you be precise as to what you - "

Corbett: "The pledge as it's written - and I don't have it written here - is no tax increases during the course of the next term. That's exactly what it says. That's what we're gonna aim for. No tax increases whatsoever."

Delano: "...fees on use of services, things like that?"

INDEPENDENT PROSECUTORS ARE FOR WIMPS

Quiz time! What's the difference between the investigations into alleged wrongdoing by New York Governor David Paterson and the alleged use of public resources for political campaigns among Pennsylvania's legislators?

Give up? Paterson's being investigated by an independent prosecutor because the Attorney General of New York, Andrew Cuomo, recused himself to avoid the appearance of a conflict of interest.

What's that you say? Independent prosecutor? Avoiding the appearance of a conflict of interest? Yes, it's pretty foreign stuff here in Pennsylvania, where no one blinks an eye at a candidate for Governor conducting a wide-ranging investigation of his own closest political supporters.

Or, should we say not conducting any investigation of his political supporters at all?

Or, should we say, conducting an investigation of a political supporter - or at least pretending to - then refusing to prosecute?

Or should we say, determining whether a target is, in fact, a supporter before conducting an investigation?

One wonders how that candidate might react if one of his opponents failed to recuse himself from an investigation involving a political supporter. Oh, wait: he'd be apoplectic.
Posted by Ugarte at 3:49 PM 12 comments:

WHEN WILL THEY LEARN? 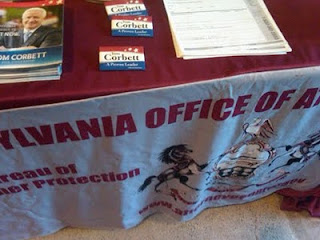 Not long ago, the Times-Shamrock newspaper editorial writers worked themselves into high dudgeon over the fact that allegedly crooked lawmakers have apparently learned nothing from the experiences of those gone before.

More specifically, the one gone before, the one newspaper editorial writers apparently believe is the only legislator before Mike Veon ever to be accused of using state resources for political campaigns, the one against whose experiences all others must be judged, Jeff Habay.

"What will it take?" the flabbergasted editors fume. "Given [legislators'] failure to [mandate transparency] after Habay's conviction, it's possible that they are incapable of learning."

While we're no fan of the legislature, they're smarter than the Times-Shamrock editors give them credit for being. Of course they've learned from the experiences of those who've gone before.

What did we learn from the experiences of James Lynch, whose Ethics Commission decision followed closely on the heels of Habay's, and who was found to have engaged in identical conduct? Instead of a criminal investigation and subsequent conviction, Lynch faced only a fine of less than $5,400.

See, most legislators know - better than the Times-Shamrock editors know - that an outcome like Habay's is exceedingly rare. And an outcome like Veon's requires a perfect storm of lingering public outrage over the 2005 pay raise vote, the unmatched cravenness of a former Majority Leader trying to divert an investigation and the shameless political opportunism of an Attorney General running for Governor.

The reality of what a legislator risks by campaigning on the public dime is a lot closer to Lynch than to Veon or even Habay.