WHAT'S (CHOCOLATE) SAUCE FOR THE GOOSE ... 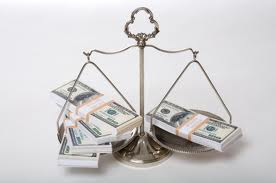 We've always found it curious that then-Gubernatorial Candidate, now Governor Tom Corbett charged Mike Veon with a crime for allegedly bartering a contract with Delta Development, Inc., in exchange for a job for his brother, yet no one at Delta Development was charged in connection with this alleged crime. (Tribune Review 3/27/09)

The same LeRoy Zimmerman that Corbett pretended he would investigate, after six years of complaints, only after he was embarrassed by a front-page story in the Philadelphia Inquirer a month before the election.

The same LeRoy Zimmerman who paid his son-in-law's firm $290,000 (so far) in non-profit Hershey Trust funds to develop a revitalization plan for Hershey. (Inquirer 6/19/11)

We are at a loss, dear readers. What could possibly explain this blatant double standard?
Posted by Signor Ferrari at 1:02 PM 33 comments:

The headline: "DeWeese Wants Bonusgate Trial Moved Out of Harrisburg."

The only problem is, DeWeese isn't charged in "Bonusgate," and won't be having a "Bonusgate" trial at all - neither in Dauphin County nor Greene County.

By using the lazy and simplistic appellation "Bonusgate" to refer to a whole subset of criminal cases, the Harrisburg Stenographers Corps not only paints a grossly inaccurate portrait of political corruption in Pennsylvania, but also actively aids and abets Tom Corbett in a massive ongoing campaign of mendacity.

The idiotic term "Bonusgate" was coined in response to allegations that all four legislative caucuses in the General Assembly may have paid taxpayer-funded bonuses to staff in return for work on political campaigns. Under the original definition, only a single (Democratic) lawmaker and several (Democratic) staffers have been charged in "Bonusgate." And only a single person, lawmaker or staff, has been convicted by a jury of "Bonusgate" crimes.

Tom Corbett, of course, is all to happy to have these facts obscured. Every time a sycophantic journalist refers to Bill DeWeese's alleged crimes as "Bonusgate," Corbett becomes more and more insulated from questions about the arrangement that kept Bill "U R welcome" DeWeese from being charged in the actual "Bonusgate" case. Or why he never filed a single charge against Senate Republicans, who awarded the largest bonuses, to staffers who were most active on political campaigns.

Apparently, it even helps him create the impression that Sen. Jane Orie is charged in "Bonusgate," even though he pointedly refused to investigate complaints about alleged illegal campaign activities in her office, (and then lied about it). The Philadelphia Daily News (after some initial confusion) now insists that Corbett charged 26 people in "Bonusgate." Only by counting Jane Orie could the News arrive at such a number, as Corbett has charged only 25 people in his legislative corruption investigation, "Bonusgate" or otherwise.

Of course, John Perzel and company aren't charged in "Bonusgate," either, though they might have been if there hadn't been a larger alleged diversion of taxpayer funds for political purposes for Corbett to exploit.

But DeWeese wasn't charged with such large-scale diversion of public resources for political activity as the $9.3 million House Republicans paid GRC & Associates, or the nearly $1 million in "labor and benefits" from the House Republican Information Technology Department, or the $6.2 million in payments to Aristotle International, Inc., or the $3.8 million paid to Constituents Direct LLC, or $400,000 to Weiss Marketing Group, or $100,000 in politically-motivated junkets.

(If you add all this together, along with "miscellaneous uses of public resources for campaign work" and the salaries and benefits of the Office of District Operations - "a taxpayer-funded, wholly owned campaign subsidiary of the House Republican Campaign Comittee" - using journalism math, somehow it comes to a little more than $10 million.)

DeWeese, on the other hand, is charged with the relatively commonplace transgressions of directing his district office staff to perform political work on state time, using state resources, and employing a full-time political operative on his legislative staff. As we have mentioned before, Corbett could've chosen the name of any pre-2007 legislator out of a hat, subpoenaed records and questioned staff under oath, and had a better-than-average chance of discovering similarly questionable campaign activity.

Despite ample evidence of his involvement, (and he admits he can't speak honestly about it without incriminating himself), DeWeese was not charged with awarding bonuses for political work, or the other caucus-wide activities at the heart of the case. But the relatively minor nature of DeWeese's charges is obscured by the use of the term "Bonusgate," and no one to date has even asked what his negotiations to incriminate others entailed.

Keep up the good work on behalf of Corbett's campaign, scribblers. Perhaps you, too, will be rewarded with a six-figure taxpayer-funded job!
Posted by Signor Ferrari at 2:25 PM 6 comments: