CORBETT: INVESTIGATING POLITICAL ALLIES IS UNETHICAL! - I MEAN, OK, IF IT HELPS MY CAMPAIGN! 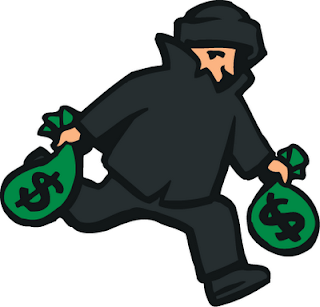 Time for another quiz! What do legislative Republicans and two Republican District Attorneys have in common with The Hershey Trust?

The investigative arm of the Tom Corbett for Governor campaign announced this week it is investigating the Hershey Trust - more than four years after its purchase of a failing golf course, for as much as triple its value. The purchase directly benefited a trustee who was an investor in the club.

Activists have been begging Corbett to investigate the trust for this and other questionable decisions for six years.

It was only after a scathing front-page article appeared in the state's largest newspaper, a month before the gubernatorial election, that Corbett grudgingly announced he will investigate.

“A month ago, the Attorney General issued a public statement belittling our concerns and calling PHC’s allegations ‘nothing new,’ just as he has done for six straight years. Now he claims that he was actually investigating at the time and asks us to believe that the timing of his ‘investigation’ has nothing to do with his election bid. This is political theater at its most absurd. We hope that Pennsylvania voters, Republican and Democrat alike, will see through this flimsy ruse.”

Why did candidate Corbett wait so many years to initiate an investigation?

For starters, the Chairman of the Board of the Hershey Trust is Republican former Pennsylvania Attorney General Leroy S. Zimmerman.

In January, Campaigns & Elections named Leroy Zimmerman one of the Top Republican Influencers in Pennsylvania. PoliticsPA describes GOP fundraiser Zimmerman as "a power broker in Central Pennsylvania" who "contributes heavily to state and national Republicans."

Zimmerman, who earns $500,000 a year as Chairman, isn't the only prominent Republican raking in Hershey School-related dough. According to the Inquirer, Philadelphia investment manager James Nevels was compensated $325,359 on two Hershey-related boards. Former Gov. Tom Ridge earns $200,000 a year on the Hershey Co. board, and former gubernatorial candidate Lynn Swann makes $100,000 a year on the board of the company that operates Hersheypark.

So, once again, candidate Corbett finds himself in the position of "investigating" political allies accused of wrongdoing. But, again - only after negative publicity forced his hand.

News that Corbett had subpoenaed House Republicans was leaked only after Capitolwire and Morning Call editorials questioned Corbett's partisanship in the Bonusgate investigation. Only after Corbett's opponent in the Attorney General race accused Corbett of conflicts of interest did news emerge of Senate Republican subpoenas.

News that that Republican staff had been interviewed appeared only after a Patriot-News analysis mused, "Is state bonus probe partisan?" Governor Rendell called on Corbett to come clean about investigations of Republicans, and the Chambersburg Public Opinion agreed with Rendell.

Even though Corbett and his taxpayer-funded political operatives are savvy enough to create the illusion of "investigating" political allies, such investigations rarely amount to much: Corbett exonerated Bedford County District Attorney Bill Higgins of a rape accusation. Accusations of malfeasance and misconduct against York County District Attorney Stan Rebert "did not warrant any charges." And state Senator Jane Orie allegedly continued to direct a campaign operation out of her district office with impunity even as Corbett claimed to be investigating the Senate Republican Caucus.

What does Corbett think of a prosecutor investigating his own political allies? It's "unethical!" It creates "the appearance of impropriety!" It's an "ethical conflict" and a prosecutor who does it should apologize for "the appearance that the top law enforcement office in Pennsylvania is for sale in exchange for political and legal favors."

But that's only when someone else does it.
Posted by Signor Ferrari at 11:58 AM

What ever happened to the 4 year investigation into Senate GOP caucus? They had the biggest bonuses for the shortest time working employees (like Crompton), and the top staffer who advertised his office number for being a professional political consultant. Or how about the folks fired for stealing at Turnpike and DRPA who have still never been charged? Or the crazy spending on the Family Court project in Philadelphia by the Supreme Court? What's going on?

What about the PJ Lavalle testimony that he did the same thing for Speaker McCall that he did for Veon, both on state time. But no charges for McCall? And no charges for DeWeese on bonus? Why not? Or the House Republicans posting campaign stuff on state computers, no charges.

Where oh where is the bloomin' justice? More importantly, why aren't the capitol journalists covering Corbett's unabashed hypocrisy? Shhhhh, we don't want to wake them.

Anonymous said...
What ever happened to the 4 year investigation into Senate GOP caucus? They had the biggest bonuses for the shortest time working employees (like Crompton), and the top staffer who advertised his office number for being a professional political consultant. Or how about the folks fired for stealing at Turnpike and DRPA who have still never been charged? Or the crazy spending on the Family Court project in Philadelphia by the Supreme Court? What's going on?
October 9, 2010 1:00 PM

MOST THEM ARE WORKING FOR CORBETT EVEN THOUGH CORBETT IS SUPPOSE TO BE INVESTIGATING THEM????

Corbett exonerated Bedford County District Attorney Bill Higgins of a rape accusation? Not a big surprise since Higgins was a financial campaign contributor to Corbett's campaign and was Corbett's Republican point of contact for Bedford County. Guess the laws apply to everyone except those who are given the responsibility to enforce the laws.

But why should Corbett take a report that Bedford County District Attorney Bill Higgins raped w woman seriously? Higgins is only a sitting district attorney who was convicted before of multiple assaults. Wouldn't that be a prior record showing him tendency to violence? Good looking out for the citizens you promised to protect Corbett.

Corbett says he'll now do an "investigation"...yeah, right. He was given this information from Protect the Hersheys' Children, Inc. when it first happened and, as usual, he did nothing.

And this, of course, is not the first, second, third, etc...time he's failed to take corrective actions.

And so, for the first time in my life, I'm voting for a Democrat. Fortunately, Dan Onorato is a good one.

You forgot to mention that Stetler was charged only after the Post-Gazette reported on Dan Wiedemer's grand jury testimony against him, and DeWeese was arrested on unrelated charges after his "U R welcome" e-mail was exposed.

Does anybody care about this site anymore?

Corbett is another Nixon in gestation.