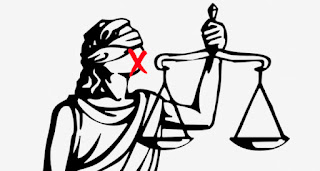 A little over three years ago, after Mike Manzo agreed to cooperate with then-Gubernatorial Candidate Tom Corbett, a Reliable Source told us about a curious provision in Manzo's plea agreement. In addition to the requirement that he speak about the alleged crimes of co-workers and colleagues, there was a requirement that he not speak about some alleged crimes of co-workers or colleagues.

The Source had never before heard of such a provision, and the Source was baffled. However, we were not, nor was anyone who witnessed prosecutors' panicked courtroom reaction to Manzo's October 2007 implication of his former boss, H. William DeWeese, in the bonus-for-campaign-work scheme.

Manzo's admission that DeWeese was involved in the scheme - while no surprise to anyone familiar with the structure of a legislative caucus - was big news for a few days. These were the innocent days when most Capitol-watchers believed that the arrest of DeWeese's second-in-command and a crew of staffers (along with an eventually-acquitted Democratic state Senate candidate, on non-bonus-related charges) was a preliminary to the indictment of DeWeese himself in the bonus scheme.

As DeWeese himself will trip over his own tongue to tell anyone and everyone, he never was charged in the bonus scheme, and Manzo never again publicly accused him.

The closest he came was after his sentencing on April 16, when Manzo said he was frustrated with others "who refused to step up to the plate and take responsibility," and acknowledged that he was speaking of DeWeese, among others. He also mocked blaming "the culture" of the Capitol. DeWeese famously blabbed to a grand jury that illegal electioneering was "part of the political culture on Capitol Hill."

Why would DeWeese make such an incriminating statement to a grand jury (which promptly indicted him on his admitted crime?) The answer lies in the prosecutors' panicked reaction to Manzo's testimony about DeWeese. Journalists covering the hearing made no mention of it, but the proceedings slammed to a temporary halt upon Manzo's accusation.

Corbett and his team didn't want Manzo accusing DeWeese in the bonus scheme because they'd already decided not to charge DeWeese in the bonus scheme. And DeWeese mistakenly believed Corbett's decision not to charge him on bonuses was some kind of blanket immunity. The folly of this decision became clearer about five months later, when even more damning evidence of DeWeese's involvement in the bonus scheme came to light. In a pre-trial motion filed a few months after that, Mike Veon's attorneys questioned why Veon was criminally charged and DeWeese was not, when Corbett possessed unequivocal evidence of DeWeese's involvement in the same activities.

Veon's question was dismissed as "finger pointing." And though the question remains officially unanswered (actually, unasked, aside from Veon's lawyers), it's clear that the reason is tied to DeWeese's 2007 negotiation with Corbett to turn over self-selected documents and release staff members to testify against Veon and others.

With DeWeese facing sentencing tomorrow on non-bonus-related charges as we're sure he'll make quite clear, there's still a chance for the public to question this glaring Corbett blunder.

"I WANTED TO STOP HAVING THIS ENGULF MY ENTIRE LIFE" 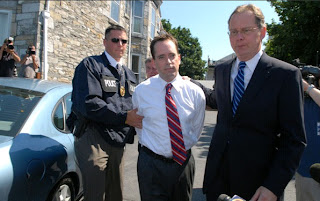 Agents for the state Office of Attorney General cleverly made it impossible to judge whether the 18-to-48-month sentence of "Bonusgate star witness" Mike Manzo is fair. At his hearing today they cited his cooperation in yet-to-be-revealed investigations of state government.

Since Manzo was fired from state government five years ago, and most major felonies carry a five-year statute of limitations, we view the prosecutors' claims with skepticism. Most likely, their claims are simply a ploy to head off criticism of Manzo's sentence as too lenient.

If Tweets from the courtroom are to be believed, little emphasis was placed on Manzo's "star" testimony in the 2010 trial of Mike Veon and three staffers. Manzo's testimony in that case was so riddled with inconsistencies that the OAG temporarily became a laughingstock in the Dauphin County legal community. Lawyers handling other cases in the courthouse made time to stop by Judge Lewis' courtroom to see for themselves whether the rumors of prosecutorial bungling were true.

Ironically, Manzo testified in that trial that he'd pleaded guilty because "I wanted to stop having this engulf my entire life" Now, 3½ years after that plea, he's still engulfed, and will be for another seven years. Copping a plea probably seemed at the time like an easy way out. Now he'll spend more than a year in prison (probably 13.5 months according to Pennsylvania's Recidivism Risk Reduction Incentive guidelines) and most of the following six years on parole or probation. Rumors have flown since Manzo's October 2008 preliminary hearing testimony (when he let slip that his unindicted former boss, H. William DeWeese, was complicit in the bonus scheme) that Manzo had been promised no jail time in exchange for his cooperation.

It was easy to believe, as no one could imagine why else Manzo would agree to plead guilty to 10 felony charges. No other defendant pleaded to as many counts, and of the defendants who went to trial, only Mike Veon - who originally faced more than 50 charges - was convicted of as many.

Former House Speaker John Perzel was permitted to plead to only eight counts. And though the "Computergate" case dwarfed "Bonusgate" in size and scope, Perzel will be off parole before Manzo is.