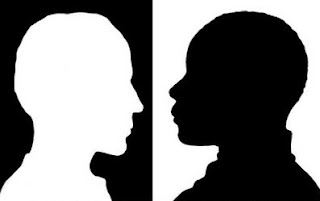 Did the FBI think she made the right call? Did the U.S. Attorney's Office think so?

And for heaven's sake, what does Philadelphia District Attorney Seth Williams have to say about all this?

Instead of trying to uncover the facts about exactly where this sting went wrong - so perhaps we all could judge for ourselves - journalists covering the story remain mired in the political judgement of some very conflicted sources.

Kane succinctly has listed the reasons she chose not to pursue the sting:
No one one disagrees that racial targeting throws the entire investigation into question; the disagreement is whether Kane had reason to believe there was racial targeting. In other words, is Kane lying about the statements she says the investigator and the informant made? No one ever uses the word "lying" when referencing the question of racial targeting, but either they made the statements or they didn't, and someone is lying in either case.

The recordings made during the investigation show that all the targets were people of color, except for one white legislator against whom Corbett had a specific grudge.

The investigator told Fox 29 "No one would, again, ever suggest asking, ordering me to target members of my own race or any race. It just would not happen."

He didn't deny that he was told to target specific officials. Was he told to target certain individuals by name? How did they select the targets? Again, can he explain why are all the targets on the recordings are people of color?

Williams, for his part, is trying to deny the fact and explain it at the same time. He says the reason all the targets are people of color is because those are the people in Ali's "immediate realm." Which is it? Were whites targeted, or were only people of color targeted because they were in Ali's "realm?" (And, honestly, is Philadelphia really that segregated?)

In fact, Corbett and Ryan declining to say whether they thought Kane made the right decision is evidence that she did, as Corbett never would pass on a chance to attack Kane.

The issue is in the public domain and the court is withholding statements directly tied to the sting operation. Your questions could be answered by Hoover's releasing the documents. It's time for the Judiciary to participate in full.

Fina targeted not only African-Americans, but two issues which (1) affected 12 million citizens, and (2) had overwhelming disparate negative effects on one party and minorities, Voter ID and the Lifeline program. ("…the Lifeline program has provided a discount on phone service for qualifying low-income consumers…. In 2005, Lifeline discounts were made available to qualifying low-income consumers on pre-paid wireless service plans …." - FCC. Lifeline was the subject of debunked right-wing viral emails in 2009 claiming that President Obama was providing "welfare recipients" with publicly-funded cell phones.) Why did Fina pick these two issues? Why didn't he pick issues in which there was big money flowing to obtain support or opposition? Why didn't he have Ali pose as a lobbyist for gaming expansion, lottery privatization, liquor privatization, transportation funding, Harrisburg receivership, Marcellus shale drilling, or charter schools? These issues would have presented the opportunity to get solid proof of a quid pro quo. For the sake of argument assume that the prosecutor did not target legislators of one race and issues with a racial bias for partisan considerations but by "the circles that Ali moved in." It still raises serious ethical problems. Fina assumed enormous power over the legislative process. In the history of public corruption stings, this type of investigation may be unprecedented. Nearly every sting has focused on quid pro quo to benefit a specific firm or individual by getting contracts, permits, zoning approval, financing or narrowly tailored legislation. In ABSCAM politicians were offered bribes for special legislation to grant citizenship to specific individuals. The only exceptions to the ABSCAM pattern are those which began AFTER a target suspect approached the CI to solicit or offer a bribe for a vote. See, Operation BOPTROT. It’s dishonest to call the Black Caucus an ABSCAM-style sting. When a public corruption sting relates to special legislation, award of a contract, obtaining a license or permit, or corrupt public employees on the take, the negative effect of the sting can be tied off. A contract can be voided, a permit or license revoked, or a ghost employee fired. When a prosecutor assumes the power to conduct a sting in order to influence the passage or defeat of laws that affect everyone, how does he undo the harm of offering bribes? In a close vote, bribing 4 or 5 Representatives determines the outcome. How would that prosecutor undo the effects of his corrupt influence? How could he enact legislation that his sting had successfully defeated? How could he repeal legislation that his sting had succeeded in passing? When that prosecutor influences legislation that restricts or denies citizens their God-given right to vote, how can that power be justified? Can he justify his conduct by professing a zealous pursuit of corruption? Is that all that is necessary for him to seize such power? If it is, why didn't he choose to bribe politicians to support or oppose the Corbett Administration's Marcellus shale legislation? Or to support or oppose transportation funding? Fina has irreparably corrupted public administration in the name of rooting out corruption. The ends do not justify the means. Regardless of what one may think about Kane's handling of this investigation, this sting was intrinsically unethical. Kane was not kidding when she said that this sting was not subject to typical oversight. Look at FBI and DOJ guidelines for authorization and conduct of undercover sting operations. No one suggests that Fina followed these procedures and standards for ethical and professionally responsible undercover stings. I am not suggesting that there should never be another sting relating to legislation. But to be done responsibly and ethically it can only focus on legislation to benefit a specific firm or individual, or after there is credible evidence that someone has solicited or offered a bribe in relation to pending legislation.

Ali was introduced to the Harrisburg establishment by non-other than Fred A. Clark president and CEO of Clark Resources. This is the same Fred Clark that was Chairman of the Harrisburg Authority when they entered into the incinerator deal without following proper protocol and destroyed the finances of the City of Harrisburg. Clark undoubtedly had been deeply connected to Ali? What’s most disturbing is that Clark used to tell stories about working undercover for the CIA, in hindsight, it looks like he was working for the AG’s office in exchange for leniency for his actions and stealing from the Harrisburg Authority. We all thought it was just Freddy-being-Freddy and him trying to elevating the mystery surrounding himself, as usual. If you know Freddy you know he has a creative mind when it comes to storytelling. But now it seems a bit curious that Clark used to tell these spy stories and his buddy Ali is outed as a CI for Corbett’s OAG. With the financial destruction done by the Harrisburg Authority under Fred Clark’s leadership, Clark only had to pay $1,185 to the Authority for trying to steal computer equipment, this sounds like a sweetheart deal from persecutors just like what Ali got?

Fina must also explain and justify the extraordinary level of secrecy in which he shrouded his sting operation even to the point of excluding high ranking OAG attorneys in the chain of command from reports on the progress of the sting. The statements made in his report to Linda Kelly in July 2012 that he was concerned about a leak, that targets had links to Black Muslims, and the personal security of Ali was jeopardized aren't credible. Did it ever occur to Fina that people were suspicious of Ali because he had been arrested and indicted in a well-publicized case involving 2,000 counts of welfare fraud for stealing $430,000 and was still walking the streets as a free man after more than 2 years? Accepting as true that 5 elected officials took cash or jewelry from Ali, clearly Fina succeeded in finding the 5 dumbest politicians who obviously don't follow the news. But the fact that others smelled something fishy about Ali does not justify Fina's alleged paranoia about a leak inside OAG.

Look at Fina's imprint on the "Bonusgate trial," "Computergate trial," OAG's defeat in the Sean Ramaley's trial, Steve Stetler's trial, Brett Feese's trial
and the Sandusky coverup. Fina and his group of prosecutors destroyed witness and proffer notes, abused witnesses ignored The Second Mile and the high school that favored Sandusky. There is no oversight in PA law regarding the actions of the Office of Attorney General. Are the Feds going to step in and investigate Fina?

One more thing about Fina And His Prosecutors. They Won. They put criminal scum in prison. The Feds LOVE Fina.

Brett did Tess finally confess how Me her and Manzo made a mess.

Congratulations, you have placed yourself in the cross-hairs of the Gestapo Recruiting Office.

Your enthusiasm for illegal convictions places you in the top percentile for a job to destroy evidence obligated to defense attorneys.

In case you forgot, the Gestapo is a secret-police organization employing underhanded and terrorist methods against persons suspected of disloyalty.

The law means nothing to the Gestapo, so you should feel right at home. Hopefully, you will never feel the arm of the Gestapo indicting you or a member of your family thus preventing you from defending yourself.

No wonder the conviction rate is high. Your life will never be the same. Congratulations once more.

The Feds love Fina? I note that he didn't go to work for a US Atorney after leaving OAG. He schlepped down to the Philly DA to work for a guy who coincidentally ran against Dan McCaffery, who was the first candidate that Ali tried to entrap.

Any attempt to cover it up now is folly, time to cut the losses, dump the culprits responsible, and limit the Domino’s that need to fall.

The District Attorney is a quasi-judicial officer.

It seeks justice only, equal and impartial justice, and it is as much the duty of the district attorney to see that no innocent man suffers as it is to see that no guilty man escapes.

Hence, he should act impartially.

He should present the commonwealth’s case fairly, and should not press upon the jury any deductions from the evidence that are not strictly legitimate.

When he exceeds this limit, and in hot zeal seeks to influence them by appealing to their prejudices, he is no longer an impartial official, but becomes a heated partisan.” Bailey v. Commonwealth, 193 Ky. 687, 237 S.W.

Corbett, Fina, and now Seth Williams have crossed that line and it is too late to jump back!

Kane says she will release sting file to Philadelphia Prosecutors

Let's see if Seth can back up all of his tough talk and either put up or shut up.

I have a feeling he is going to "review" the case for a few weeks and also fail to bring charges and blame it on Kane corrupting the case or some other bull shit...I guess we'll just have to wait and see???

Kane calling his bluff in defending Fina will sting Seth more than he ever knows and will regret it.

Stage is set, Kane exits to the right, and Seth and Fina will be in Highlights again, shines of sweat will keep dripping from the hot lights of looking like low lifers.