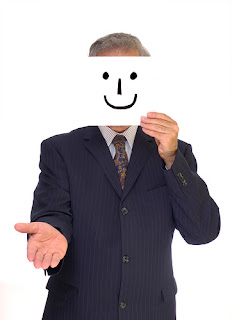 What's baffling is that there ever was a moment when anyone thought he could become the Chief of Staff to the Governor. It's not the kind of job where you simply park between campaigns, like, say, Chief of Staff to the Attorney General. You kind of actually have to run the state government. And that would require at least some experience in knowing how the government works.

From The Inquirer: Nutt said he would continue to be Corbett's political adviser and chief strategist. "I'm not going anywhere. I will just have a different address outside the Capitol," Nutt said.

In other words, "I'm just going to keep on doing what I've been doing all along, even when I was on the state payroll."

Can anyone think of anything Nutt did during his years of state employment that would qualify him to run the state government? Or is his experience on the public dime more suited toward "political advisor?"

While he was "officially" campaign manager, he conferred with taxpayer-funded OAG staff over politically-sensitive matters.

He was on the state payroll while negotiating sensitive political endorsements.

For those who haven't been paying attention, Corbett criminally prosecuted staff members, or threatened them with prosecution to secure their testimony, on accusations of doing political work on state time.

Do they think everyone has forgotten that Nutt was a state employee while he was doing all this political advising and strategizing? Then again, I guess everyone has, because no one else has bothered to point it out.

Be this as it may, Nutt had more ... personal ... reasons for not joining the administration.

Judging by the keyword searches that are leading to the blog, we see what you mean.

At what point does a person's "personal life" become legitimate news? When it affects the makeup of the Governor's cabinet?

Brian Nutt has been let go because he has some professional and personal problems that are about to surface.

Like anything else after an election that was caused by the changing of the rules.

Brian is being given the goodnight and thank you whomever. He is being rushed out of sight and if he needs something he is told he can just give a ring, but not told they will not always answer the phone.

Brian types always think that in exchange for the dirty work he had to do, he could rely on them supporting him, promoting him, find a way to help him, and keeo him.

Which means, this a club he should have never joined. And now Brian will decline into silence and doubt. Now someone will put the final in by making him later look like a fool, but once Brian altered rules that could make Brian a guy to put outside, way outside, whether Alaska is far enough remains to be seen.

Just looks like Brian Nutt is another Casino Jack in waiting.

A James Brown type of problem I am told, and if he talks about it, they will call him a Nut, and he will answer yes, then say nothing.

"Every dog, we are told, has his day, unless there are more dogs than days."